Boat with Sails is a symbol of St Jude Thaddeus (Hebrew “praised” and Aramaic “Wise”) The ship symbolizes his travels with Simon on missionary juries.  Thaddeus only appears in the Gospel at the Last Supper when he asks Jesus why He his disclosing Himself to the Apostles and not to the rest of the world (John 14;22)  Jesus’ answer was that those who did good already knew Him.  In the early Church Thaddeus worked as a missionary preaching in Asia Minor and Russia. He was eventually martyred around 65 AD. He was beaten with a club in Beirut in the Roman province of Syria with St Simon the Zealot.  His bones are interned  in St Peter’s Basilica at the Vatican. 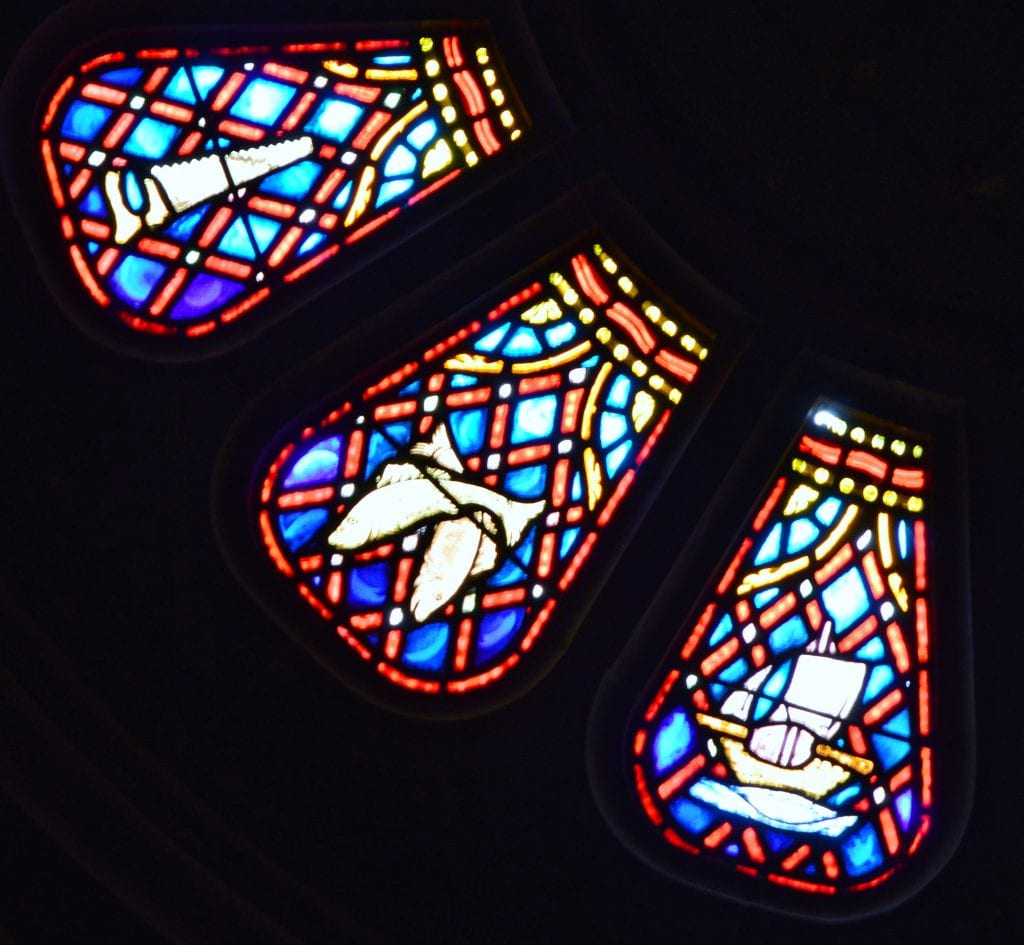 symbolize             St.  Andrew (Greek for ‘manly”). Tradition says that Andrew was crucified in Greece on an X shaped cross. The symbol recalls that cross and his original occupation as a fisherman along with his call to become a ‘fisher of men’.  (Matthew 4:19 and Mark 1:17)    He began his ministry as a follower of St John the Baptist. He introduced his brother, Peter to the boy with the loaves and fish (from which Jesus multiplied the food to feed the 5,000)  He was a missionary to Asia Minor and later, southern Russia.  He was imprisoned and crucified in 69 AD.

The Saw is the symbol for St. James the Less/the Younger (English form of Jacob; James means “the supplanter” in Hebrew) The saw represents the method of St James’s martyrdom in Russia.  It is believed that James was Matthew’s brother and probably a Zealot and was in opposition to his brother, a tax collector for Rome. He and Matthew were reconciled through Jesus. James preached in Syria and later in Russia. Because much of his life was not recorded and is unknown, he is considered the patron saint of the nameless.